The World's Most Expensive Chili Peppers 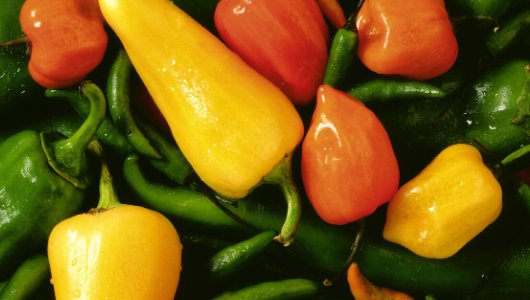 The world of chili peppers is a vast one, and in this blog post we’re going to discuss the most expensive chili peppers in the world, and what exactly makes them so expensive.

What is the most expensive chili in the world? The Chaparita is a small chili pepper, which costs as much as 35.000 dollars pr. Kilo. The chili is extremely spicy, and is mostly used in a dryed state as a spice for various dishes. The chili has its origin in Peru, but is a popular Chili to grow in especially Austria.

You may be quite surprised at the enormous price tag some chili peppers can have, but in this blog post we’ll give you the price of the worlds by far most expensive chili pepper type currently.

The price of the world’s most expensive chili pepper

The world's most expensive kind of chili is the “Charapita”, which is a small yellow chili pepper with origins in Austria.

The chili pepper was originally gathered in Peru, but later it sort of migrated to Austria, and became somewhat forgotten in its home country.

A kilo of these peppers cost anywhere between 25.000 to 35.000 USD, which is an absolutely crazy price for chili peppers.

But what exactly give them this huge price tag, which is far more than other quality chili peppers?

The Charapita peppers are quite small in size, but don’t let that fool you, these peppers are extremely spicy, like burn through your tongue spicy.

For that reason, these peppers are mostly used as a spice, since eating them raw could have quite severe consequences on your body.

It is also common practise to dry these peppers, which takes of a lot of their spiciness, and makes them a suitable spice for most dishes, that even smaller children can enjoy without burning their tongue.

The Chaparita peppers can be compared to saffron and vanilla as being one of the most expensive spices in the world.

Can I grow my own Chaparita peppers?

You may be wondering if it’s possible or profitable to grow your own Chaparita peppers.

If you browse online for just a few minutes, you will instantly notice that the price of the seeds for these peppers is actually surprisingly low.

So is it just a huge scam, why can’t anyone simply grow these peppers?

Well as mentioned before, these peppers are originally from Peru.

To be more specific, these peppers were found in the wild, near very damp and hot zones such as rainforests.

For that reason, growing these peppers to perfection is actually quite difficult if you don’t have the right climate or equipment needed.

The Chaparita peppers are not like other chili peppers, and require the exact right temperature and conditions to grow properly.

For that reason, Chapartia peppers are mostly grown by certified gardeners who have the proper skills and knowledge to grow these peppers to perfection.

However, since the seeds are so cheap, you can give it a try anyways, since you won’t really lose much except your freetime.

It can definitely be quite profitable to grow these peppers, but acquiring the skills to do so may take a long time.

Thanks for the support!

As a last note, we’d like to thank avXperten for their support in the development of this blog post.

On their webshop you can find various products for your technical and electrical needs.

You can get anything you need in terms of cables, or smart gadgets such as a hygrometer or a tablet holder.

Who is to say, that all DIY blogs needs to be run by the women?

We all actually like crafts and DIY, and together with a group of writers Reboot DIY is founded

The Purpose of Reboot DIY is to bring you information, stories and product reviews related to DIY and Crafts

Gardening
How many times will a pepper plant produce? 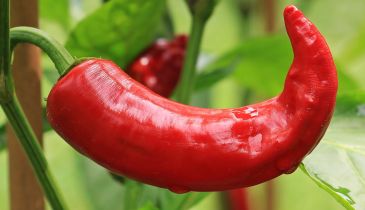 Gardening
When should I pick chillies?

Gardening
How long do chillies take to grow?

Gardening
How can I make my chili grow faster? Here is my advice

Gardening
Is It Bad to Have Plants in Your Bedroom at Night?

Gardening
Do Pepper Plants Grow Back Every Year? How to care for your plants! 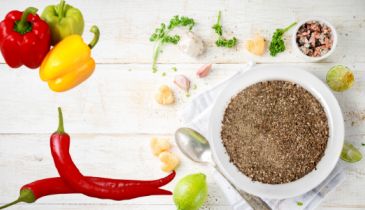 Gardening
What Is the Difference Between Pepper and Chili? » Get The Facts